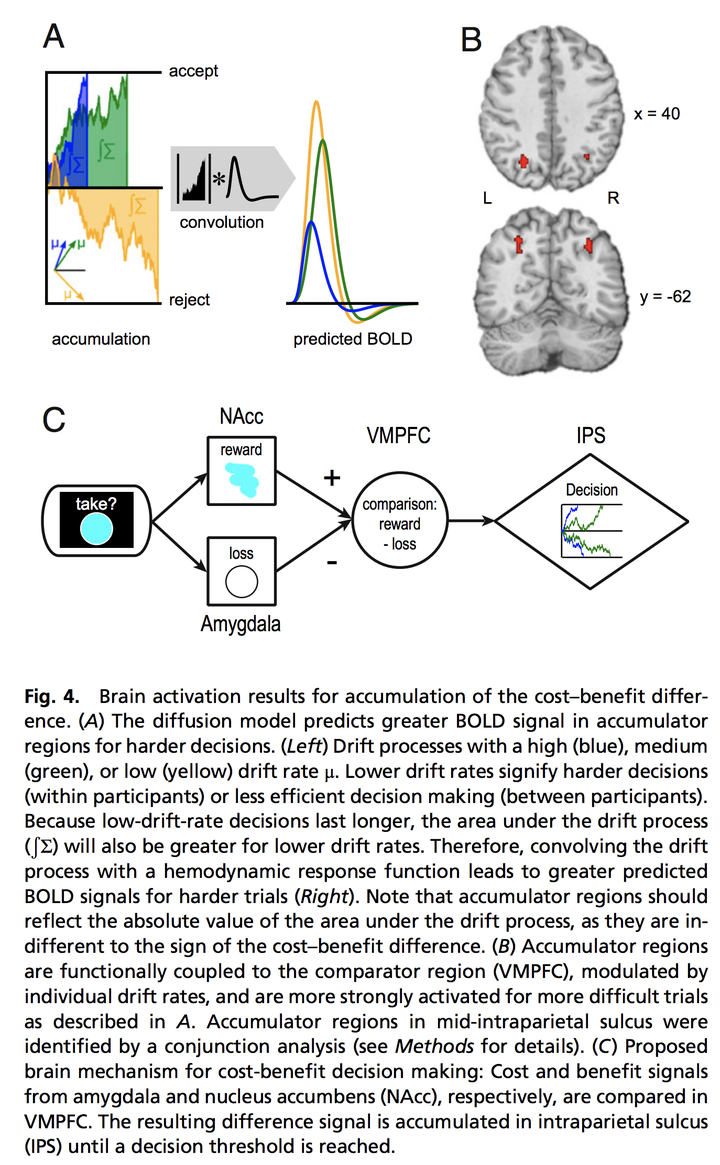 In one paper, colleagues and I used a sequential sampling model of decision making and fMRI to describe how costs and benefits are represented in the brain during decision making. In a related paper we looked for representations of probabilistic evidence during reward based decision making.

I have also done some work on reinforcement learning in general, and how it is influenced by social learning, leading to the proposal that following advice can in itself be rewarding. Some of this work has clear markers of a past time, like the small-sample target-gene study. This was exciting work at the time, but I would approach this research differently today.