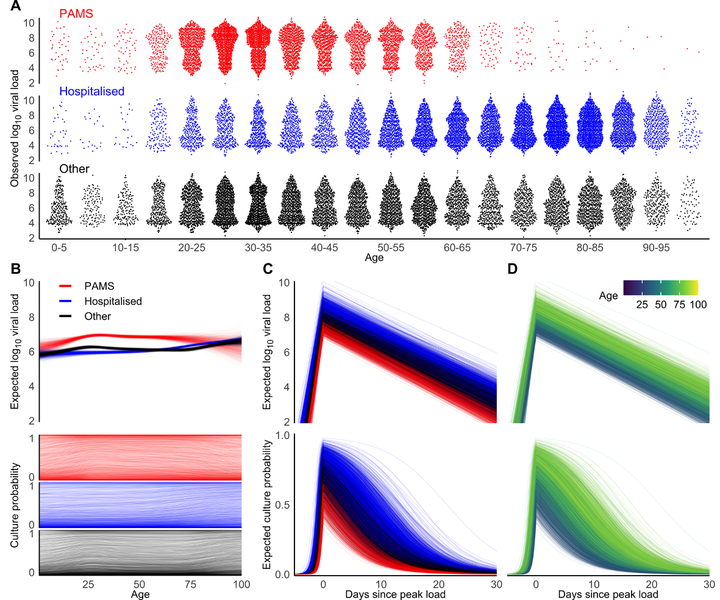 Two elementary parameters for quantifying viral infection and shedding are viral load and whether samples yield a replicating virus isolate in cell culture. We examined 25,381 German SARS-CoV-2 cases, including 6110 from test centres attended by pre-symptomatic, asymptomatic, and mildly-symptomatic (PAMS) subjects, 9519 who were hospitalised, and 1533 B.1.1.7 lineage infections. The youngest had mean log10 viral load 0.5 (or less) lower than older subjects and an estimated ~78% of the peak cell culture replication probability, due in part to smaller swab sizes and unlikely to be clinically relevant. Viral loads above 109 copies per swab were found in 8% of subjects, one-third of whom were PAMS, with mean age 37.6. We estimate 4.3 days from onset of shedding to peak viral load (8.1) and cell culture isolation probability (0.75). B.1.1.7 subjects had mean log10 viral load 1.05 higher than non-B.1.1.7, with estimated cell culture replication probability 2.6 times higher.